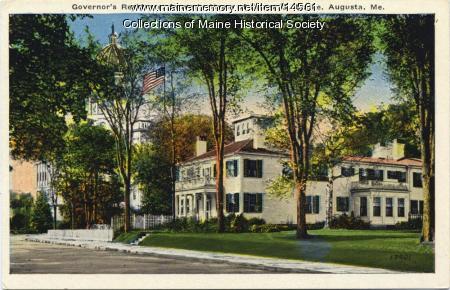 The Blaine House, located across from the State House on State Street in Augusta, is the official residence of the Governor of Maine.
The house was owned by James G. Blaine, a prominent Congressman, from 1862 until his death in 1893. In 1919, his daughter, Harriet Blaine Beale, donated the house to the State of Maine in memory of her son, Walker Blaine Beale, who was killed in World War I. It has been the home of most Maine governors since 1920.