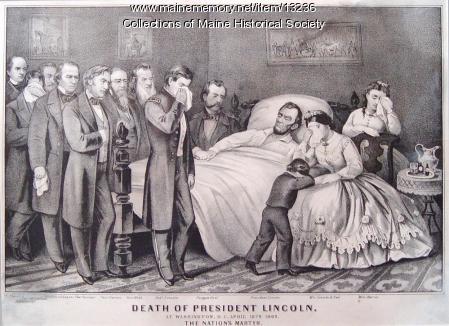 Secretary of the Treasury Hugh McCulloch was born in Kennebunk, Maine in 1808.