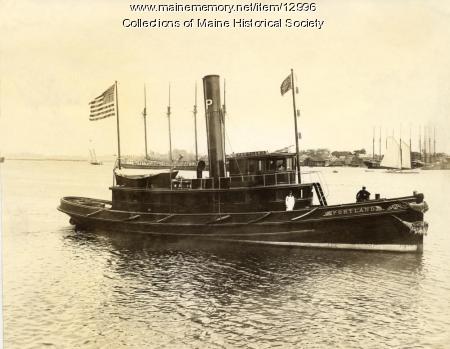 "Almost an identical sister to the steam tug Cumberland, the Portland was built only a few years earlier in 1902 in South Portland, Maine, for the Central Wharf Towboat Company of Boston, Massachusetts. She was 87 feet long stem to stern and also Portland Company equipped." --Fletcher, David H. "The Portland Company 1846-1982," Charleston, S.C.; Arcadia Pub., 2002, 67.