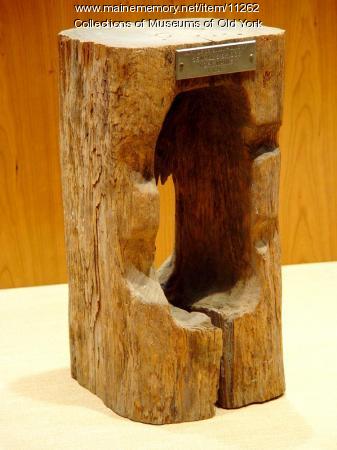 Part of one of the original pilings of Sewall's Bridge, a National Engineering Landmark, designed and built by Major Samuel Sewall (1724-1814) of York in 1756.

Acknowledged as the first pile-driven draw bridge built in America, it later served as the model for bridges built in Charlestown, Malden, and Beverly, Massachusetts and one in Paris, France.

The original bridge was renovated and partially reconstructed by the state of Maine in 1933, at which time this fragment was rescued and saved as an historical relic.