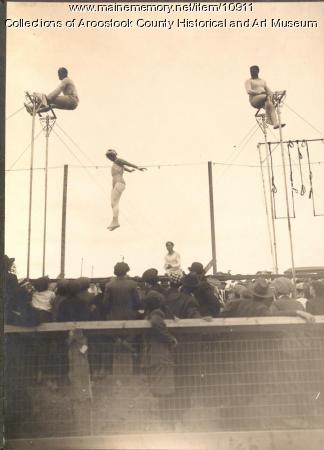 The third annual Houlton Fair was held August 25, 26 and 27, 1914 at the newly created Houlton Community Park.

The fair featured livestock, horse racing, a midway and special troups of performers. The Flying Doordeens were featured in advertisements for the fair as well as in a newspaper report after the fair.

The Aroostook Times reported on Sept. 2, 1914, "The Flying Doordeens, a troupe of artists in the acrobatic line, three men and a lady performer in a daring aerial act thrilled the audience. The act was clean throughout, and the costumes were new and attractive."