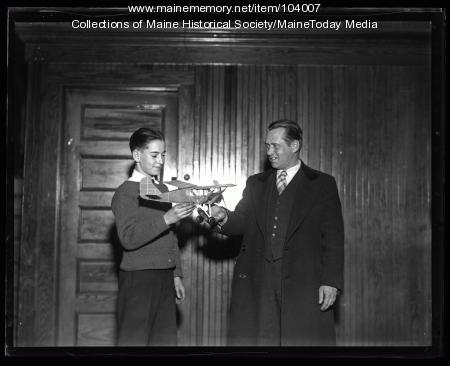 On November 10, 1935, the circulation department of the Portland Evening Express, Press Herald, and the Sunday Telegram began a series of model airplane meets at the Armory on Milk Street, which would culminate in a statewide contest. Meets were scheduled throughout the winter, and were open to model airplane builders throughout the state of Maine, free of charge. The Gannett newspapers hired Wallace Adams, a local model expert, to teach the children the craft of building model airplanes, again, free of charge.

Contestants were given the option to enter their plane into one of three classes: Class A was "Detail Plane," Class B was "Simplified Construction," and Class C was "Free For All."