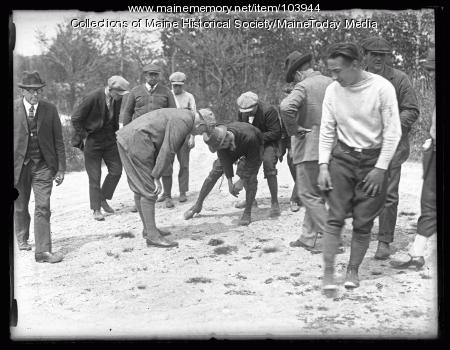 The infamous Harry A. Kirby case involved the murder of Aida Hayward and her aunt in Winthrop. James Crawford, who used the Kirby name as an alias, kidnapped Aida before he burned her cottage down with her aunt inside of it, and later murdered Aida after he escaped. Once captured, Kirby was imprisoned in Augusta where he committed suicide in his jail cell the same year. Here, investigators examined the road near the burned cottage as they searched for Kirby.