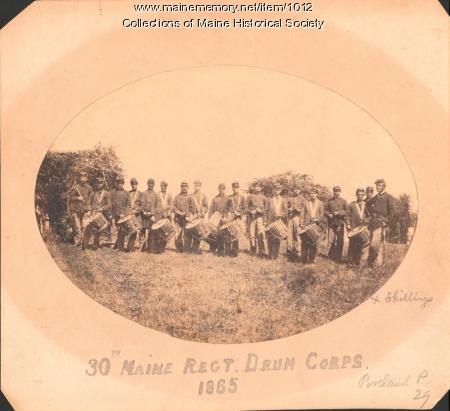 The Civil War was the last major conflict in which Americans marched into action to the sound of live music.

Here the surviving members of the 30th Maine's Drum and Fife Corps assemble near war's end. Only 14-year-old Daniel Skilling of Portland is identified (drummer at far right) but others are Jacob Keane, 44, of Turner; and teens from Palmyra, Lewiston, Bethel, Lebanon, Acton, Skowhegan and Buckfield.

The regiment fought in seven battles in Louisiana and Virginia.