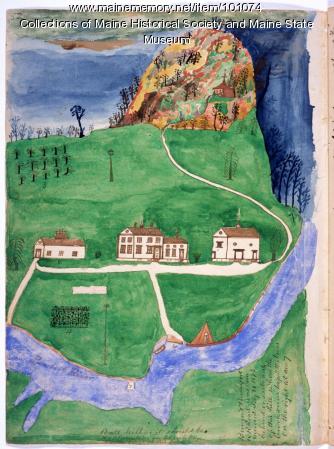 In the explanation of the drawing, which is the first page of text in the scrapbook, Martin wrote that he made the sketch on August 15, 1866, of a residence he would build if he had "two thousand dollars in money and a small portion of time each growing season for ten years."

The site he chose for his ideal house was 9 miles south of Bangor on the east side of the Penobscot River in an area known as Ball Hill. He indicated on the drawing where the Bangor & Bucksport Railroad line was located starting in 1873.