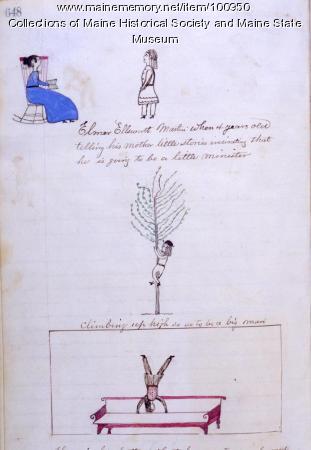 The illustrations of Elmer Ellsworth Martin (1860-1870) are included on page 648 of the "Journal" his father wrote starting in 1864 to recount his experiences for his children.

Martin described Elmer, his fourth child and second son, "his body is large his legs and arms are large his feet and hands are very small. he has no fear. will stand on a table and jump without scringing off on a hard floor will jump from the top of the shed about 8 feet his element is to be up in the air."