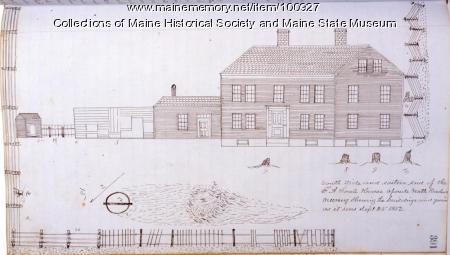 The south side and eastern end of the F.A. Soule House at 130 Center Street, Bangor, are shown as the buildings and grounds appeared on September 25, 1852.

Martin made a sketch of the house, which he probably recopied onto page 391 of a journal he wrote and illustrated in 1864. The journal recounts his life and experiences. He made numerous improvements to the house and grounds, which he details in other portions of the journal.