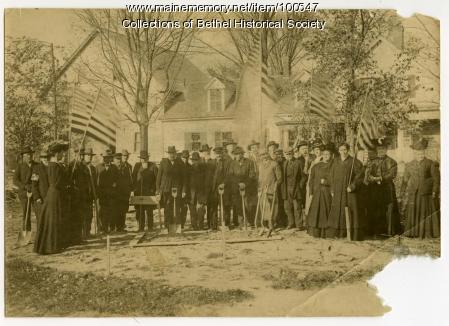 Fundraising efforts toward the purchase of a Civil War memorial in Bethel began as early as 1866, a year after the war’s end. The local E. E. Whitney monument company was contracted to build it.