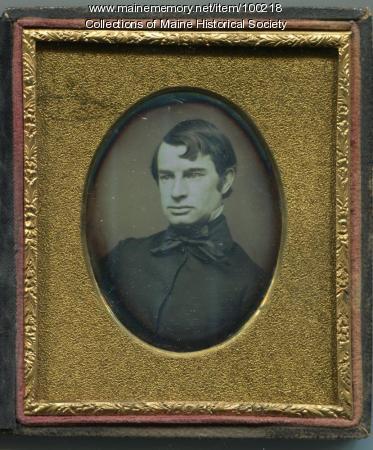 The Rev. Samuel Longfellow (1819-1892) was the youngest child of Zilpah Wadsworth and Stephen Longfellow of Portland.

He graduated from Harvard College in 1839 and from Harvard Divinity School in 1846. He moved frequently, filling in for other ministers and serving several congregations.

He died while visiting Portland in 1892.