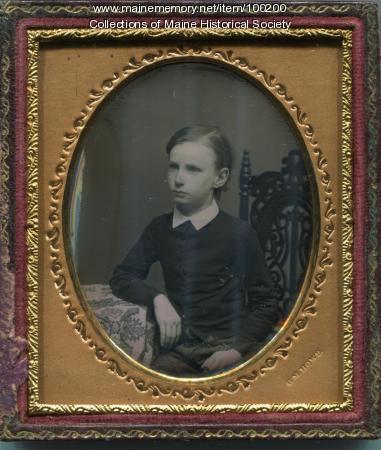 Henry Wadsworth Longfellow 2nd (1839-1874) was the son of Marianna Preble Longfellow and Stephen Longfellow, and nephew of the poet, his namesake, Henry W. Longfellow.

His parents divorced when "Hen" was about ten, and he moved into the Wadsworth-Longfellow house where his father had been raised. He became a ward of Anne Longfellow Pierce. He attended Harvard in 1859, worked as a mariner, and served in the Civil War.

In 1863, he married Frances Gammon and they had three children. Hen, who suffered from alcoholism, died at the age of 34.